We have a problem. There is a troubling gap between the medical and dental communities when it comes to cancer care. As a result, health care providers and their patients alike experience a great deal of frustration regarding the lack of dental care available to patients with cancer. 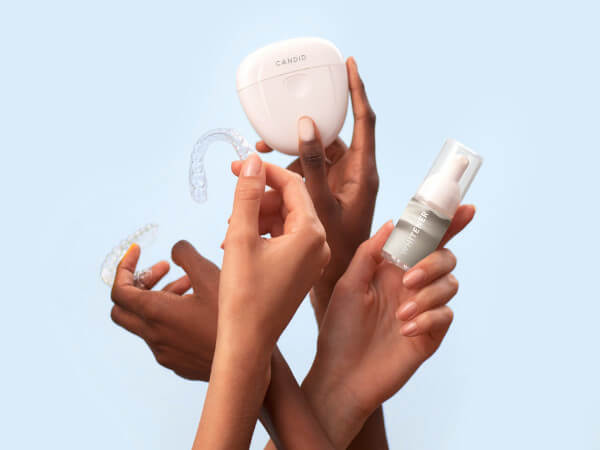 In my training, I met a middle-aged man who had been diagnosed with an adenoid cystic carcinoma of the left nasal cavity, for which he underwent surgery and electron beam radiation therapy.

The cancer recurred six years later, warranting another round of radiation therapy. As a result of his cancer treatment, he developed severe trismus to the extent that he was unable to remove his prosthesis. This limited our ability to perform an adequate head and neck exam and address the chronic intra-oral pain he initially came to our clinic complaining about. Despite a limited evaluation, we were able to note clinical evidence of osteoradionecrosis. The culmination of oral complications he acquired not only led him to suffer from chronic pain but also affected his speech and ability to eat.

Such catastrophic cases can be prevented or at least minimized with a simple dental assessment in anticipation of a patient’s cancer treatment, and with supportive oral care throughout the course of their cancer journey. If our team had been involved sooner, we could have facilitated a referral to a physical therapist to minimize progression of his trismus.

Dentists play an important role in enhancing the quality of life of their patients and instilling hope in their cancer journey. It’s hard enough going through cancer; it is one of the most trying experiences imaginable for our patients and their loved ones. Once a patient makes it through to the other side, the last thing they would want to deal with at that point is combatting major oral complications that can inevitably arise from cancer treatment, especially when those complications were totally avoidable

The reality is that this isn’t how things are working out. As Cancer Network observed, some cancer centers “let the patient take care of it” when it comes to dental care. Furthermore, a population-based study found only 35% of oral cancer patients have a regular dentist and routine dental care.1 In a survey of oral health supportive services for the National Cancer Institute-Designated Cancer Centers, 56% said they didn’t even have a dental department, nor did they have any sort of oral care protocol in place to address healthcare concerns that may arise during cancer treatment.2  This is a problem.

There are a few factors that can be attributed to this issue.

The first and perhaps most blaring reason is lack of access to care, mainly characterized by the fact that medical and dental insurance are based on separate insurance models; Medicare typically doesn’t cover dental procedures, and many dentists don’t accept Medicaid.

The second cause of this disconnect is a limited number of dental providers with a strong understanding of oncology. The current reality is that dental school curricula don’t emphasize dental oncology. For that reason, general dentists are not prepared to treat this patient population.

On the other hand, our medical counterparts are not adequately trained to consider the ramifications of cancer and its treatment on a patient’s mouth and overall health.

What makes matters worse, dental providers often have a lack of administrative support, or a lack of cross-trained billers (CDT vs. CPT coding), to support them with reimbursement.

Finally, a third explanation for our challenge might be described as “patient individual barriers.” They include lower socioeconomic status that impacts the ability to secure time off from work or to access transportation, language issues hindering effective communication, and patient education. After all, dental care is not the first thing that comes to mind upon a cancer diagnosis.

What is the solution?

There are a number of patient advocacy groups working on these conundrums, such as the Oral Cancer Foundation and the Santa Fe Group. Most recently this has been brought to the attention of the Lancet Series on Oral Health3, 4 and NYU Dentistry which has been designated as a WHO Collaborating Center for Quality Improvement and Evidence-Based Dentistry5.

There are also a limited number of facilities and programs attempting to bridge the medicine-dentistry gap.  I am grateful to be a part of one of them. The Oral Health Center for People with Disabilities (OHCPD) at NYU Dentistry, opened its doors in 2019 and is designed for patients with very prominent and visible physical disabilities, such as patients who use wheelchair transportation. Although society doesn’t often view cancer as a disability, it can surely affect one’s quality of life much like other disabilities. As a result, it deserves proper attention and care, which is why at the OHCPD, we are including the care of this patient population in our protocol as a mechanism to bridge this divide. Another way NYU Dentistry acts as a bridge is by waiving the cost of pre-cancer treatment dental care for those who don’t have insurance. We are also furthering the professional education of our students by modifying the protocol for the OHCPD to encompass comprehensive dental care for cancer patients, hence expanding the curriculum and educating the next generation of dentists.

In conclusion, at NYU Dentistry’s new Oral Health Center for People with Disabilities, we are leading the way to bridge the medicine and dentistry divide by helping to ensure dentists are available, visible, and accessible for this patient population. The goal is not just to survive and beat cancer, but to thrive afterwards. As Benjamin Franklin reminds us, “an ounce of prevention is worth a pound of cure.”

Dr. Dalal Alhajji, DMD, MSD, received her DMD from Boston University Henry M. Goldman School of Dental Medicine, a certificate in ‘Advanced Education in General Dentistry’ and a Master of Science in Dentistry, in Oral Medicine, degree from Case Western Reserve University School of Dental Medicine. She also completed a fellowship in Dental Oncology at Memorial Sloan Kettering Cancer Center and is now a Clinical Instructor at New York University College of Dentistry’s Department of Oral and Maxillofacial Pathology, Radiology, and Medicine.

Did you miss our previous article…
https://dentistintulum.com/?p=277